Bookplates: What Lies Between the Lines

Meaning “from the library of,” the French-originated bookplate, or Ex Libris, is a personal label affixed to the inner, front cover of a book that identifies a text’s owner(s) or previous owner(s). A bookplate may take the form of an illustration, embossment, stamp, or coat of arms. Each form, along with other identifying marks such as personal script or handwriting, may bring insight to discovering the text’s background or origin. This is otherwise known as provenance.

Certified records of bookplates begin around the 16th century in Germany at the advent of etching and woodcuts. Due to their high expense at the time, famous writers, designers and the general upper class largely exercised the practice. By marking a text with personally curated symbolism and representation, individuals reflected their high status and place in society.

At the beginning of the 19th century, with expanding education and the invention of the printing press, bookplates began to be used by all social classes. The craft became increasingly popular, and individuals began creating their own versions.

Today, the art of bookplates has diminished—a lasting memory of a text’s era, value, and place in history. This guide is designed to educate, featuring many of Slippery Rock University's collection of bookplates. 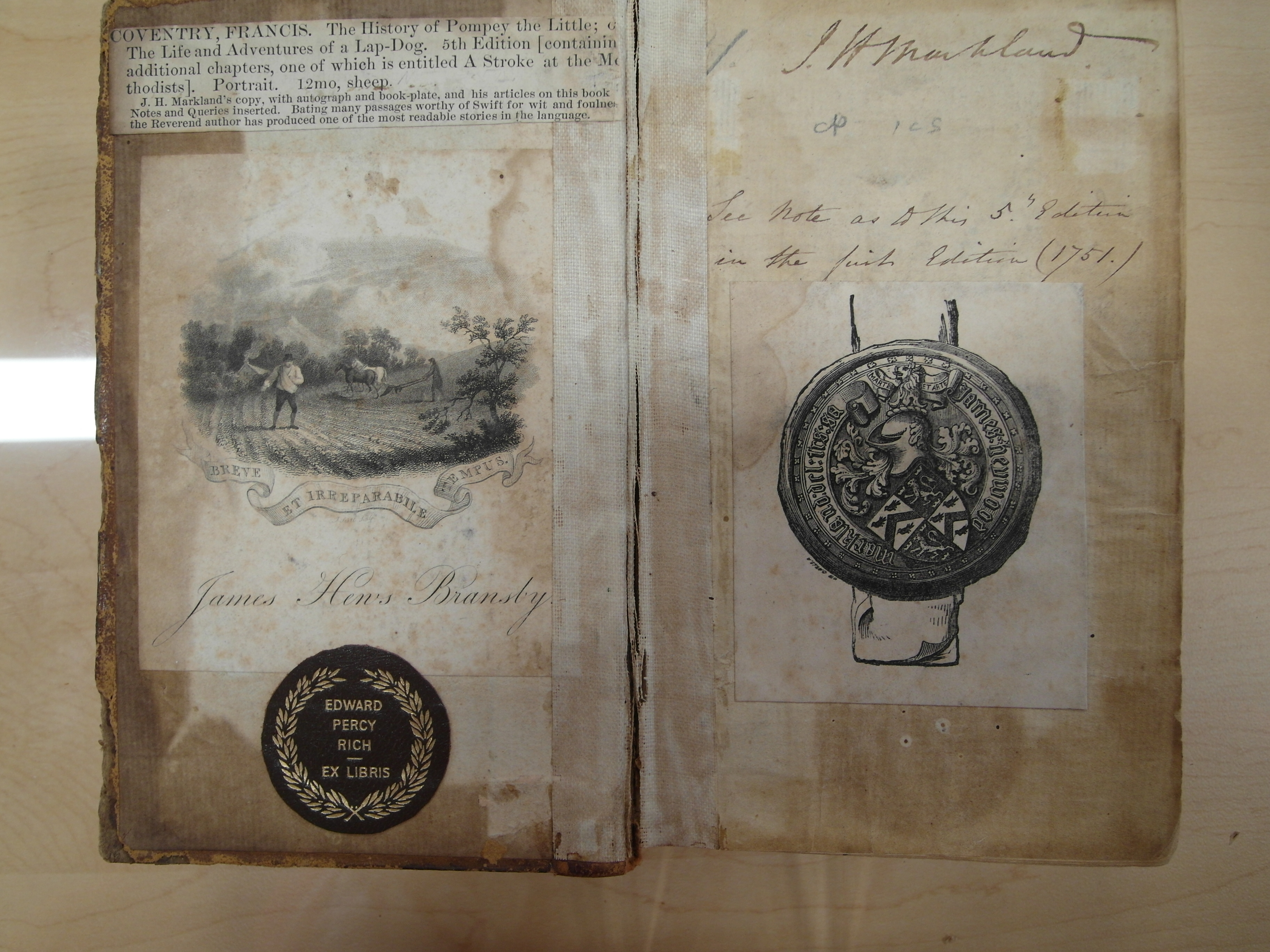 This fifth edition of The History of Pompey the Little by Francis Coventry seems to have belonged to three different people over time: “James Heywood Markland”/”J.H. Markland,” “James Bransky,” and “Edward Percy Rich.” 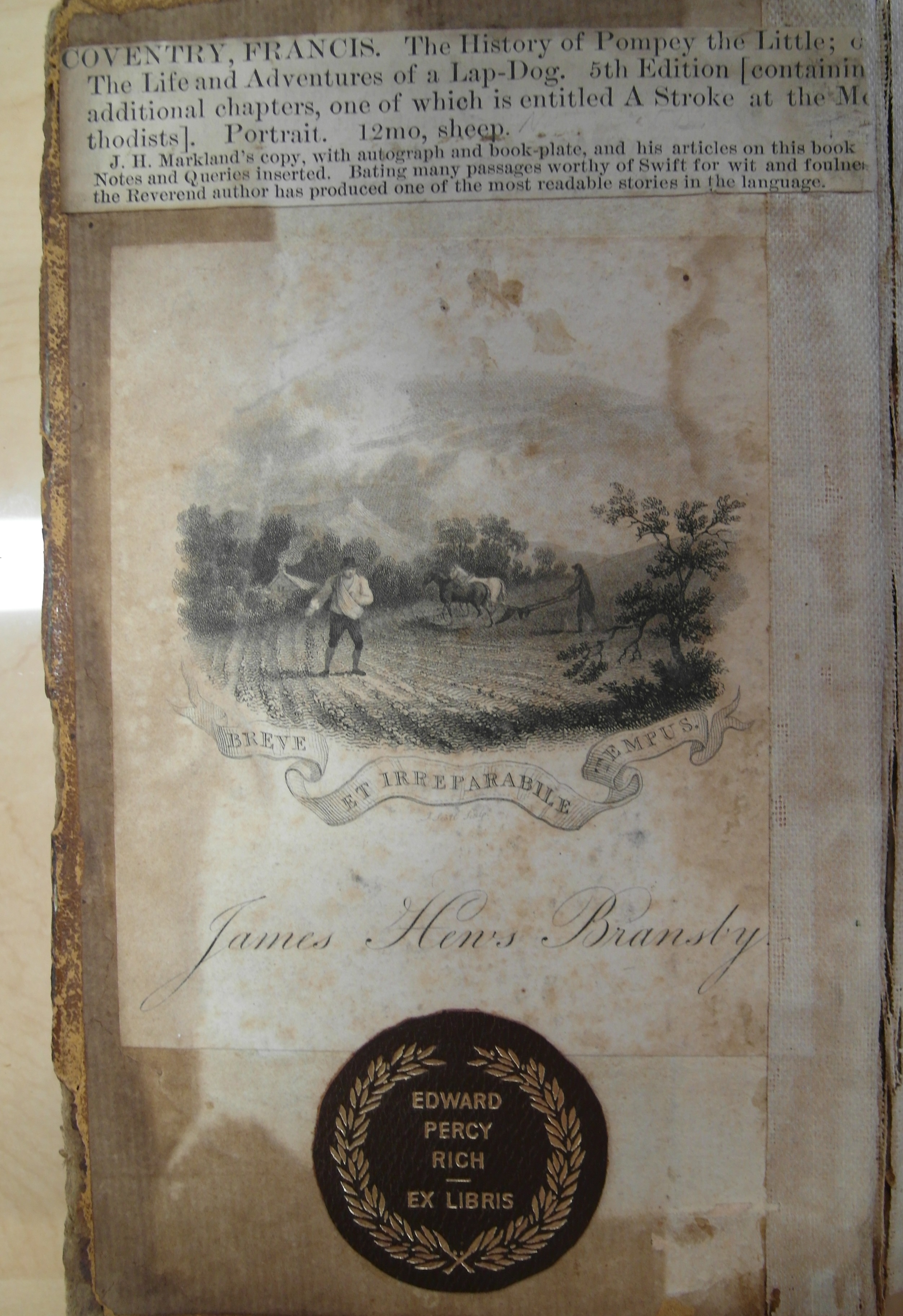 Encompassing illustrations, coats of arms, newspaper clippings, personal labels and even a handwritten note through several owners, this text and its bookplates give us both a full sense and definition of what a bookplate is, as well as the ways provenance may be established. 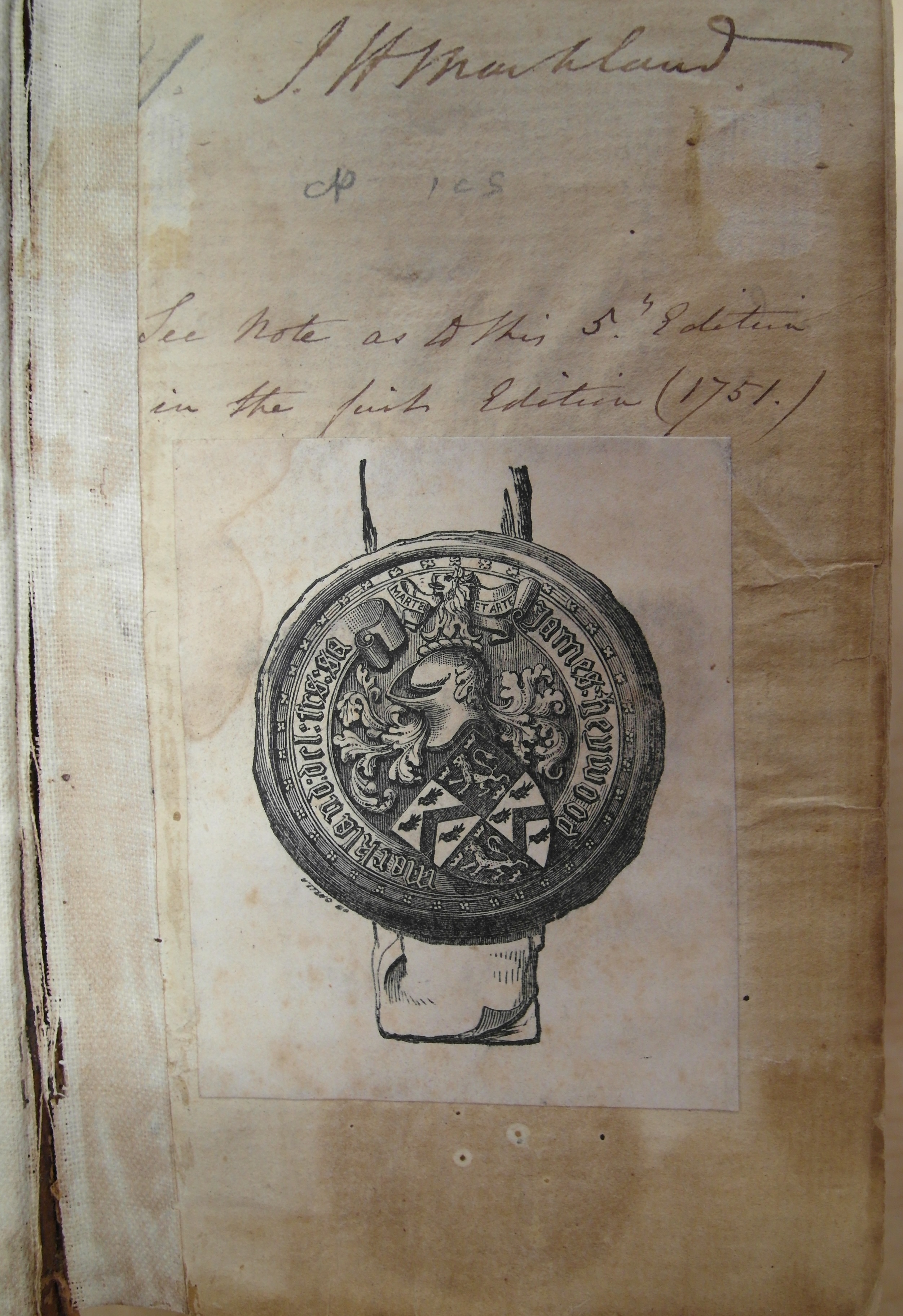